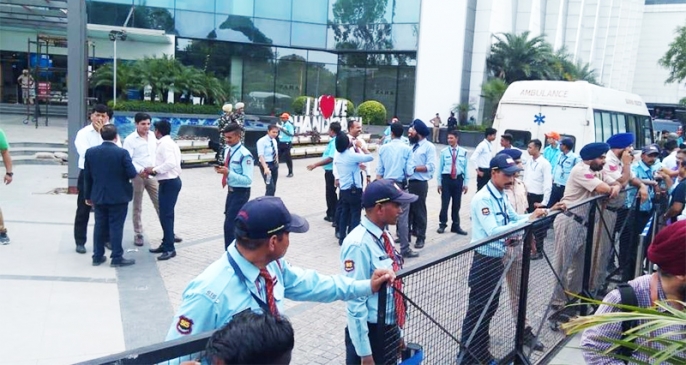 Are the COPS prepared to deal with BOMB threats at crowded places in TriCity?

August 12, 2019.. A person made an internet voice call at a police station control room claiming a bomb was placed in Elante Mall Chandigarh. He did not identify himself. Police said as he had used voice over IP call, it will take some time to trace the person.

How it all Unfolded?
1:30 PM - Cops receive an internet call about a bomb placed in Elante Mall Chandigarh at a police control room.
1:35 PM - Cops and bomb squad and anti-sabotage teams come to the mall
1:40 PM - Cops started making the announcements for the mall evacuation
2:10 PM - Mall is being evacuated and cops barricade the Elante Mall
3:30 PM - UT SSP reaches the Mall and appeals to public not to panic
5:00 PM - Cops tell vehicle owners to take their cars from the basement parking
5:30 PM - Mall owners and cops issue statements that it was a hoax call