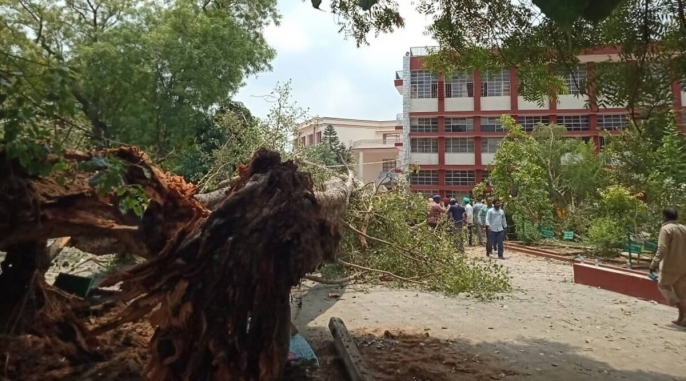 The 70-foot-tall and around 250-year-old peepul tree fell on students. Many children were playing near this big tree.
A total of 19 students and a female attendant of 40 years were reportedly injured during this incident. A 16-year-old student was immediately rushed to PGI where she was declared brought dead.
11 injured students have been rushed to government hospital in Sector 16. The female attendant and one student have now been shifted to PGI; stated to be critical.

According to the administration, four students who have suffered minor injuries went to Fortis Hospital and two went to Mukat Hospital, Sector 34 Chandigarh and are reported to be stable.

Property for Rent in TriCity

Do you also have a property for RENT in Chandigarh?

Post a free Tolet Advertisement with 99tolets.com and find tenants!